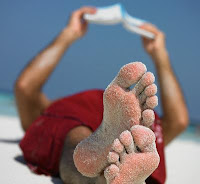 I posted these a couple of summers ago, but still recommend them!

And have you read Rick Riordan's latest books?  You should if you liked Lightning Thief!

These lists of suggested books were posted by a Fairfield Public Schools in Connecticut for a summer reading program.

Summer Books -- Life in the Pit

Summer Books -- Bird Lake Moon by Kevin Henkes -- realistic fiction: A twelve-year old boy struggling  with his parents' divorce meets a family still struggling  with the long-ago death of one of the children.

By the way, I'm borrowing a tradition from a family in this book.  They talk about whether anyone in the family has F.M.S.  (fear of mission something).  Spencer's father says, "No F.M.S. for anyone. We'll all be there [at the lake] together."

Summer Books --Puppies, Dogs, and Blue Northers by Gary Paulsen -- (autobiographical)   Paulsen writes about his adventures with a great lead dog and her last litter of pups.  Notice this recommendation (that uses similes) from the back of the paperback version:  "The writing, as pristine as new snow and as warm as a hearth in a blizzard, takes hold of the heart." -- Chicago Sun-Times

I've heard that The Willoughbys by Lois Lowry is a fun read.  You can try it on Goggle Books.

Many of you are way ahead of me on this, but I just read the second book in the Fablehaven series by Brandon Mull, and I'm starting the third.  I'm wondering about who (in the books) can really be trusted!

On July 19 I finished reading Keys to the Demon Prison.   I definitely, highly recommend these books.  Of course, many of you already know how great they are!

The Silent Boy by Lois Lowry -- Highly recommended historical fiction.  Katy wants to be a doctor when she grows up -- like her father.  Back in 1911, that's not as usual as it is now.  Also, back in 1911, people like Jacob (the silent boy of the title) aren't understood as well as they are now. (Or is it really any better for them now?)  How do we treat people who are different?

Napoli based this historical novel on a character mentioned in an Icelandic saga.  The saga gave the author an Irish Princess who becomes a slave, and Napoli fills in the story of how it happens and how this princess/slave gains some degree of power over her fate through silence, by following the advice to "Hush."  This is not a retold fairy tale with happy endings.  The story is harsh, as life must have been in the early 900's.  For ninth grade and up.

Joan Bauer is one of my favorite authors.  In Peeled she has created another strong teen character, Hildy Biddle, a reporter on her high school newspaper, who (with the help of other likable, quirky characters) tries to uncover the truth about a haunted house, the mayor's big plan for their town, and what seem to be the duplicitous manipulations coming from the local newspaper.  Recommended.

Great action and characters, some language.  This is a very popular science fiction series.

August 9, 2010 -- I've read the first three Maximum Ride books.  I've enjoyed them, but must admit some things got a bit repetitious.  My daughter tells me that Final Warning gets too eco-preachy, even though she comes from a family of tree-huggers.  She says that definitely detracts from the enjoyment of the story.

Historical/Multicultural Fiction --  Before We Were Free by Julia Alvarez
Alvarez really did grow up in the Dominican Republic during the time period portrayed in this novel. She has fictionalized the events, but kept them close enough to what really happened to show us what it would have been like to grow up in country run by a dictator -- from the perspective of a twelve year-old girl whose adult family members have either left the country or become freedom fighters.

I am a sucker for true stories of white children raised by Native Americans. I used to fantasize about it as a kid: what would it be like to be a puritan, or a product of the Victorian era, and then find yourself kidnaped and raised by natives? This book hits on exactly where the root of my fascination lay: in every single one of these true stories, the girl never returns to her white family, even when she has a choice. Why was that? Was it the carefree lifestyle? Was their new family more loving, more indulgent? This last is what Cooney postulates for Mercy Carter. Raised in a stern, God-fearing home, the people who adopted her were known to treasure their children, who were given only the easiest chores and spent most of their days playing games and being petted. This is a great book, comparing the life of the white settlers to the natives, and detailing what became of Mercy along with the other children who were taken the night of the Deerfield, Massachusetts, massacre. Interestingly enough, some of the children were taken all the way to Canada, and given to French families who wanted to adopt a child! Highly recommened for those who like historical fiction!

The Paper Doorway by Dean Koontz.  In case you don't know, Dean Koontz writes horror novels.  And he also seems to be one of the sweetest, kindest men alive (judging by his website).  This is a book of poems he's written for children. Yes, there are gory funny-gory) ones (which those of us in the seventh grade tend to like), but also other funny, clever, and  thoughtful poems.

I haven't read this yet, but Jessica Day George recommends (5 stars out of 5)  Boneshaker (The Clockwork Century, #1) by Cherie Priest   This book is in the Scholastic book orders for this month.
bookshelves: award-winners, steampunk
She says --
So. Good.
In an alternate 19th century Seattle, a terrible thing has happened: Leviticus Blue has built a magnificent machine, intended to drill through ice to unlock the Klondike's gold. What makes this so terrible is that Blue's machine first burrows under the city of Seattle itself, unleashes a strange gas that turns anyone who breathes it into a zombie!

Yes, it's a weird, sensational premise. No, the book is not at all overwrought and silly. It's a hard, simple book about people who went west to work the frontier, and instead find themselves dealing with a much harder world than they had imagined. Briar Wilkes Blue, widow of the strange inventor, is just trying to eke out a living for her and her boy, Zeke . . . but when Zeke goes into the heart of the city for evidence that his father was a hero, not a villain, Briar goes in after him. The book is beautiful: heartfelt, inventive in ways that make me stand in awe of Priest's writing as well as her fine, fine plotting. The characters were wonderful, the steampunk machinery as believable as the real historical details.

Run, people, and get a copy of this book! Run before the rotters get you! Mwa ha ha ha ha!