Here is some information about summer reading programs:
http://utahsadventurefamily.com/summer-reading-programs/
Notice that the "Read Today" program goes through age 14.

For younger brothers and sisters:
http://afcity.org/216/Summer-Reading-Program

Then there is the American Fork Library's program for teens:
http://afcity.org/741/Teen-Thing

Or use OverDrive through either American Fork Public Library or Alpine School District - American Fork Junior High.  Try your student number and last name to log in.
https://alpineut.libraryreserve.com/10/45/en/SignIn.htm?url=Default.htm 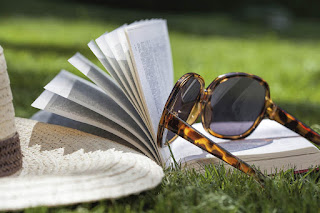 The Nightingale by Kristin Hannah
The intended audience is adult -- probably more for women, though many men would enjoy it.  The setting is Nazi-Occupied France during World War II.  The main characters (protagonists) are two sisters with very different life circumstances who each have to deal with the dangers and challenges of the war.

A Name Like Love by Tess Hilmo
Mrs. Hilmo is a local author.  The intended audience is middle grade/young adult.  The protagonist is a girl whose father is a traveling preacher.  Her family usually stays in a town for only three days, but in this case, their stay is extended to solve a murder mystery.

Cinnamon Moon by Tess Hilmo
This historical fiction novel is set right after the Great Chicago Fire.  Most people have never heard of the Peshtigo, Wisconsin Fire which took place on the same day, and took many more lives.  The protagonists of this novel are a brother and sister whose family died in the Peshtigo fire,  so they are sent to live in a boarding house (with a rather cruel landlady) in Chicago.  As they try to find a new home, they also have to save a young friend.

The American Spirit by David McCullough
Mr. McCullough is a famous historian and writer.  This is a collection of his essays and speeches from over the years that celebrate America and remind us of fundamental American principles.  One of the major central ideas of the book is that we need to know and learn from our own history as a nation.

July 5 --
I'm presently reading Brave Companions by David McCullough, Some Writer by Melissa Sweet  (about E.B. White, the author of Charlotte's Web), and  Four-Four-Two by Dean Hughes (about the internment of Japanese Americans during World War II -- and the Japanese Americans who fought with the 442nd Regimental Combat Team). 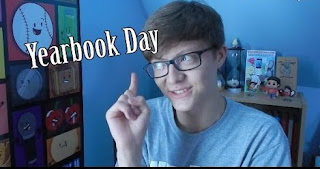 Last chance --
If you haven't taken your composition book, papers, and posters home yet, do it today!

May 26
Videos and
End of School! 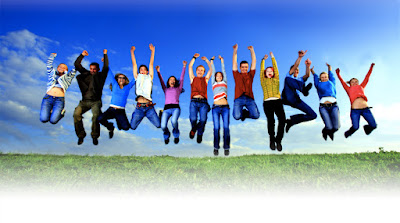 The movie came out in September of 1987.
The book was published in  1973.
The author of the book, William Goldman, wrote the screenplay.

I recommend reading the book.  You could skip the introduction, starting at the chapter titled "The Bride."  You just need to know that in the introduction William Goldman tells a made-up story about how he came to write the book.  Here  it is his father who read the book to him when he was a child recovering from pneumonia.

Fun Fact:  William Goldman wrote the screenplay for Butch Cassidy and the Sundance Kid (remember that we watched a scene from that movie at the beginning of the year), and he wrote the novel and screenplay of The Princess Bride!  Therefore, we are beginning and ending the year with his work.